Very soon after announcing that it was being acquired by RealVNC, RPort Remote Management Software released version 0.9.0, including lots of new features and improvements.

In case you missed last week’s news, RealVNC acquired RPort, a remote management software that immediately boosts the efficiency of IT teams and Managed Service Providers (MSPs).  Today, we announce the release of RPort version 0.9.0, which includes many great new features, improvements, and fixes.

Read on to find out more about RPort’s new version, as well as what this acquisition means for the product and for RealVNC.

Before we get to the details of the new RPort release, let’s hear the thoughts of Andrew Woodhouse, RealVNC CIO:

„RPort 0.9.0 is a momentous release as it’s the first release as a product in the RealVNC family.

Not only does this release add significant functionality and improvements to the Open Source core, which are available to everyone, but it is also the first RPort release to include an RPort Plus feature for enterprise customers.“

The new release brings with it many other new features, including user group permissions, allowing you to decide what a user group can access (tunnel, scripts, vault scheduler etc). Client access rights can also be assigned to a user group. To make things more efficient, script and command results are streamed to the browser during execution, rather than when it has ended. They can also be executed in parallel, targeting clients by tags. There are numerous UI and usability improvements.

Starting with the new version, it’s possible to store tunnel settings for re-use. You can also create tunnels for TCP and UDP in parallel, with both protocols on the same port.

Very importantly, SSO (Single Sign-On) via oAuth2 and OpenID Connect is introduced in the new version. This will be a paid feature, available in RPort Plus. Supported authentication providers are GitHub, Microsoft Azure AD and Google. Paid features will start coming as part of version 1.0. However, the current release includes a free-of-charge beta version of the RPort Plus plugin. Starting with the next version, the plus plugin will be a paid feature and running version 0.9.0 of the plugin with a new version of the software will not be possible.

Many other improvements and fixes are part of the release. You can take a look at the complete release notes here.

Why did RealVNC choose RPort?

With this acquisition, we will soon offer a comprehensive IoT device management platform to our customers. One of the largest challenges IT and field service professionals face is managing large fleets of devices deployed across the globe. When combined with RPort technology, RealVNC will help them master the unique challenges that arise in these environments — for example when a user managing thousands of devices needs to execute a remote script on all of them programmatically without logging into each device.

Here’s what Adam Greenwood-Byrne, CEO of RealVNC, had to say about the acquisition:

“We are excited about the immense opportunities that RPort brings to RealVNC and its customers. There are some exciting plans in the works thanks to RPort’s technology, and we cannot wait to bring them to market in the early part of 2023.”

What’s next for RPort and RealVNC?

“I am thrilled to be joining a team so focused on the future of efficient remote management of all kinds of devices. The exponentially increasing numbers of connected devices demand new methods of management beyond access via interactive, one-to-one screen sharing.“,

RPort is currently open source, and RealVNC is committing to continue to pursue an open-core approach. RealVNC will offer more advanced features as paid “plugins”, added to the foundational RPort engine, which will remain open source. Current RPort users can expect updates to the open source core, along with options to extend it into a commercial product, all with the level of professional technical support that RealVNC has become known for. 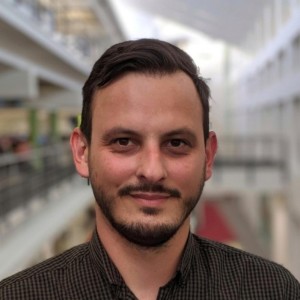